Skip to the content World Energy Day is an opportunity to highlight the UAE’s pioneering role in promoting the transition to renewable and clean energy – Dubai Supreme Council of Energy
October 21, 2022October 21, 2022 Dubai, UAE, 21 October 2022: During the 2012 World Energy Forum in Dubai, HH Sheikh Mohammed bin Rashid Al Maktoum, Vice President and Prime Minister of the UAE and Ruler of Dubai, endorsed the World Energy Day initiative along with representatives of 54 countries, in addition to the United Nations, the Arab League and the African Union Commission. Through the ‘Dubai Declaration – Energy for All’, all parties agreed to observe World Energy Day on 22 October annually.

Today, the UAE, under the wise leadership of HH Sheikh Mohamed bin Zayed Al Nahyan, President of the UAE, and HH Sheikh Mohammed bin Rashid Al Maktoum, Vice President and Prime Minister of the UAE and Ruler of Dubai, leads global efforts in clean and renewable energy through its strategies and investments in this field. In 2021, the UAE announced the UAE Net Zero by 2050 Strategic Initiative, with investments of more than AED 600 billion in clean and renewable energy until 2050. This makes it the first country in the Middle East and North Africa to launch such an initiative. The UAE consistently supports global efforts to address climate change by announcing effective solutions that enable low-carbon sectors, as well as leading projects that support the country’s future strategies and aspirations, such as Masdar City in Abu Dhabi and the Mohammed bin Rashid Al Maktoum Solar Park in Dubai. The UAE hosts specialised international institutions in the green economy, such as the International Renewable Energy Agency (IRENA) in Abu Dhabi and the World Green Economy Organization in Dubai, among other leading organisations.

Dubai is one of the leading cities in developing the renewable and alternative energy sector in line with the Dubai Clean Energy Strategy 2050 and the Dubai Net Zero Carbon Emissions Strategy 2050 to provide 100% of Dubai’s total power production capacity from clean energy sources by 2050. World Energy Day is a significant opportunity to highlight the leading role of the UAE in promoting the transition towards renewable and clean energy. 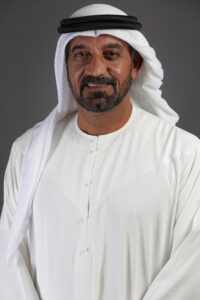 “The UAE, under the leadership of His Highness Sheikh Mohamed bin Zayed Al Nahyan, President of the UAE, and His Highness Sheikh Mohammed bin Rashid Al Maktoum, Vice President of and Prime Minister of the UAE and Ruler of Dubai, is committed to promoting energy sustainability and diversifying its sources because of its pivotal role in enabling a sustainable economic growth. The World Energy Day, which was launched from the UAE, raises awareness about the importance of diversifying energy sources and increasing the share of clean and renewable energy, in addition to developing national policies and strategies that support the sustainable development and contribute to enhancing the efficiency of energy production and use. This achieves a balance between development and environmental protection to combat climate change and protect the right of future generations to live in a clean, healthy and safe environment, “said HH Sheikh Ahmed bin Saeed Al Maktoum, Chairman of the Dubai Supreme Council of Energy. 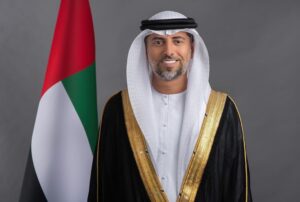 “The UAE has developed a set of future plans aimed at diversifying energy sources and moving towards clean ones, especially nuclear power. The operation of the Barakah peaceful nuclear power plant supports the efforts to shift towards clean energy in the UAE. This is a big step towards ensuring energy sustainability, diversification and security for decades to come,” said HE Suhail Al Mazrouei, Minister of Energy and Infrastructure.

Al Mazrouei emphasised on the occasion of the World Energy Day, which coincides with international circumstances that have imposed challenges on the energy sector and its supply chains, that the UAE is following a long-term approach to plan for the future of energy and reduce its emissions.

“Clean energy is a key pillar for sustainability and stands at the forefront of the UAE’s strategic priorities and directions, especially that the UAE leads the efforts to adopt the latest innovations that address climate change, mitigate the effects of global warming,” added Al Mazrouei. 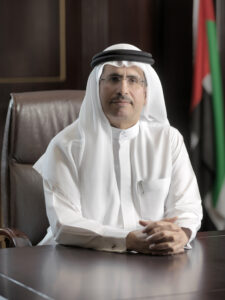 “Energy is a major driver of economic and social development. The UAE, under the wise leadership of His Highness Sheikh Mohamed bin Zayed Al Nahyan, President of the UAE and His Highness Sheikh Mohammed bin Rashid Al Maktoum, Vice President and Prime Minister of the UAE and Ruler of Dubai, attaches great importance to energy sustainability and supporting global efforts to combat climate change. This is achieved through effective solutions to support low-carbon local sectors and the implementation of pioneering projects that support the UAE’s strategies and future aspirations. In Dubai, we are working to increase the share of renewable and clean energy in Dubai’s energy mix in line with the Dubai Clean Energy Strategy 2050 and the Dubai Net Zero Carbon Emissions Strategy 2050 to provide 100% of Dubai’s total power production capacity from clean energy sources by 2050,” said HE Saeed Mohammed Al Tayer, Vice Chairman of the Dubai Supreme Council of Energy and MD&CEO of Dubai Electricity and Water Authority (DEWA),

“The key clean energy projects implemented by DEWA include the Mohammed bin Rashid Al Maktoum Solar Park, the largest single-site solar park in the world, using the Independent Power Producer model, with a production capacity of 5,000 megawatts (MW) by 2030; and the pumped-storage hydroelectric power plant using clean energy in Hatta, which is the first project of its kind in the Arabian Gulf region; the Green Hydrogen project, which DEWA implemented at the Solar Park in Dubai and is the first pilot project of its kind in the Middle East and North Africa. The clean energy production capacity is about 12.1% of the total energy mix in Dubai and is expected to reach about 14% by the end of this year. These efforts have contributed to reducing carbon emissions in Dubai by 21% in 2021, exceeding the target percentage in the Dubai Carbon Abatement Strategy 2021, which aimed to reduce 16% of carbon emissions by 2021,” added Al Tayer. 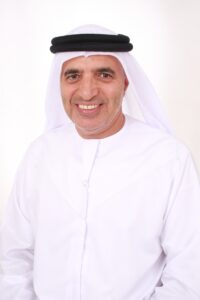 “The Dubai Supreme Council of Energy seeks, through the World Energy Day, to promote the concept of saving energy and reducing carbon emissions. This achieves carbon neutrality, as part of the Dubai Clean Energy Strategy 2050 and the Dubai Net Zero Carbon Emissions Strategy 2050 to provide 100% of Dubai’s total power production capacity from clean energy sources by 2050,” said HE Ahmad Al Muhairbi, Secretary General of the Dubai Supreme Council of Energy.

“World Energy Day is a key opportunity to raise awareness of the importance of conserving natural resources, advancing renewable and clean energy use, and supporting a sustainable future for generations to come. EWEC is a leading contributor to the achievement of the UAE Net Zero by 2050 Strategic Initiative by accelerating the energy transition through a growing portfolio of world leading renewable, clean energy, and low-carbon intensive reverse osmosis water desalination projects that are significantly decarbonising both energy and water sectors. We are proud to be contributing to the UAE’s position as a clean energy leader and, through collaboration with our partners across the emirates, we are collectively enabling the UAE to achieve its strategic ambitions, increasing the share of sustainable energy in the nations total energy mix, and further advancing the country’s climate and sustainability credentials.” Said HE Othman Al Ali, CEO of Emirates Electricity and Water Company (EWEC). 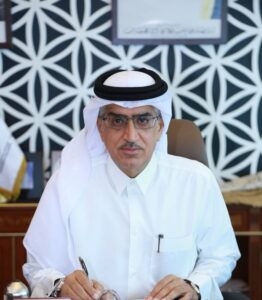 HE Mohammad Mohammad Saleh, Director General of Etihad Water and Electricity, stressed that the UAE, under the wise leadership of HH Sheikh Mohamed bin Zayed Al Nahyan, President of the UAE, and the governmental orientations expressed by the vision of HH Sheikh Mohammed bin Rashid Al Maktoum, Vice President and Prime Minister of the UAE and Ruler of Dubai, has assumed a leading position on the global map in the areas of clean and sustainable energy, as well as in efforts to protect future generations from the dangers of resource depletion, global warming and environmental burden increasement.

HE Mohammad Mohammad Saleh said that EtihadWE plays important roles in implementing the vision of the leadership in this field, expressed in its efforts in energy management techniques in water desalination and the provision of infrastructure that allows the spread of clean energy systems such as the Green Chargers project for vehicles, as well as its efforts in consolidating a culture of rationalising consumption, pointing to the importance of integrating national efforts and strengthening partnership with the private sector to overcome the challenges of achieving the desired sustainability in this field.